How to drink well in a sea of bad drinks. 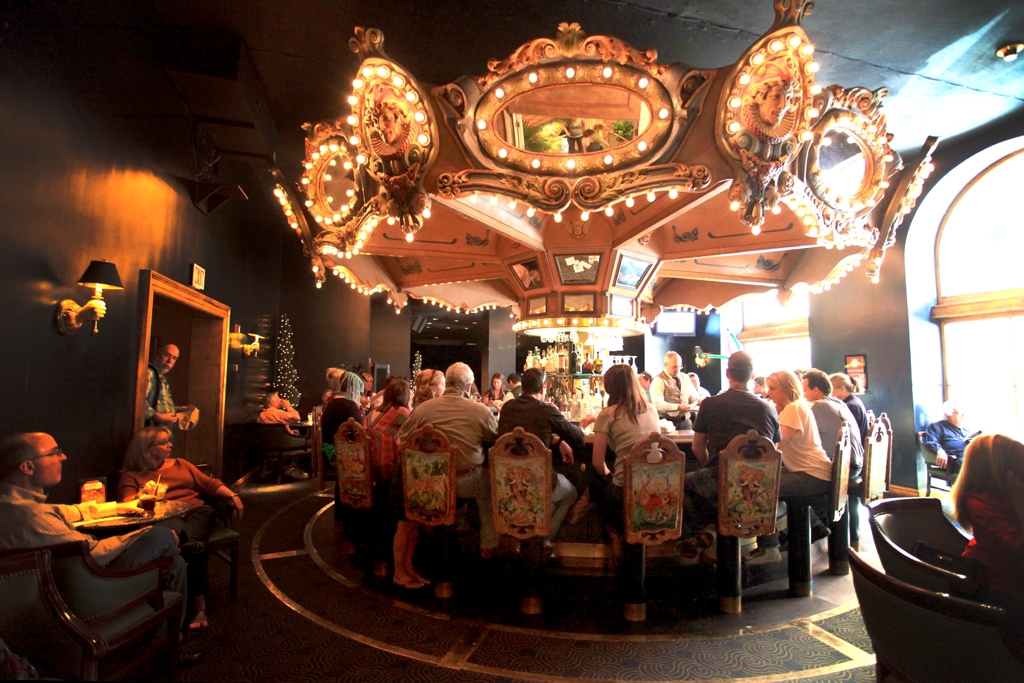 The Carousel Bar The slowly rotating bar at Hotel Monteleone. it takes about an hour to make a full revolution.

New Orleans is a well known drinking town, in addition to laying claim to the (probably not actual) first cocktail - the Sazerac - it has a whole district dedicated to public drunkenness, a museum covering cocktail history and the countries 3rd oldest bar (Laffite’s Blacksmiths Shop)

It lays claim to one of the most enduring drinking cultures in the world. But despite all of this history, or perhaps because of it, for the longest time it was a difficult place to find a good drink. The French Quarter became synonymous with careless drinking and volume over quality. However, partly because of the advent of a conference called Tales of the Cocktail, which attracts thousands of the top bartenders from all over the world to New Orleans to discuss trends and techniques and history in the world of drinks making, NOLA has had to step up it’s game a little bit with new bars and freshening up of older bars. While there are still a lot of bad drinks in town I was very excited to find a bubbling culture of craft drinks and some fantastic history of some of my favorite drinks.

First up we went to the Carousel Bar at Hotel Monteleone, a rotating circus carousel themed intoxication machine. This bar has fallen a bit from it’s former days of inventing one of our favorite drinks The Vieux Carré, to now making things with midori in to go cups, but it still a fantastic experience. It is a bar in the round that takes about an hour to do a full rotation. The bartenders stand in the center with a column of liquor in the middle, They don’t rotate so they have to keep sort of walking along to serve you. During the course of our hour there we saw several people that weren’t that drunk have their drunkenness heightened while trying to walk away from the slowly spinning bar. There is a high probability for most people with more than 2 drinks that you will stumble while walking from the spinning part to the non spinning part. They do make the Vieux Carré there again but I found it to be far from good. Go here for the experience and stick to something that is hard to mess up. 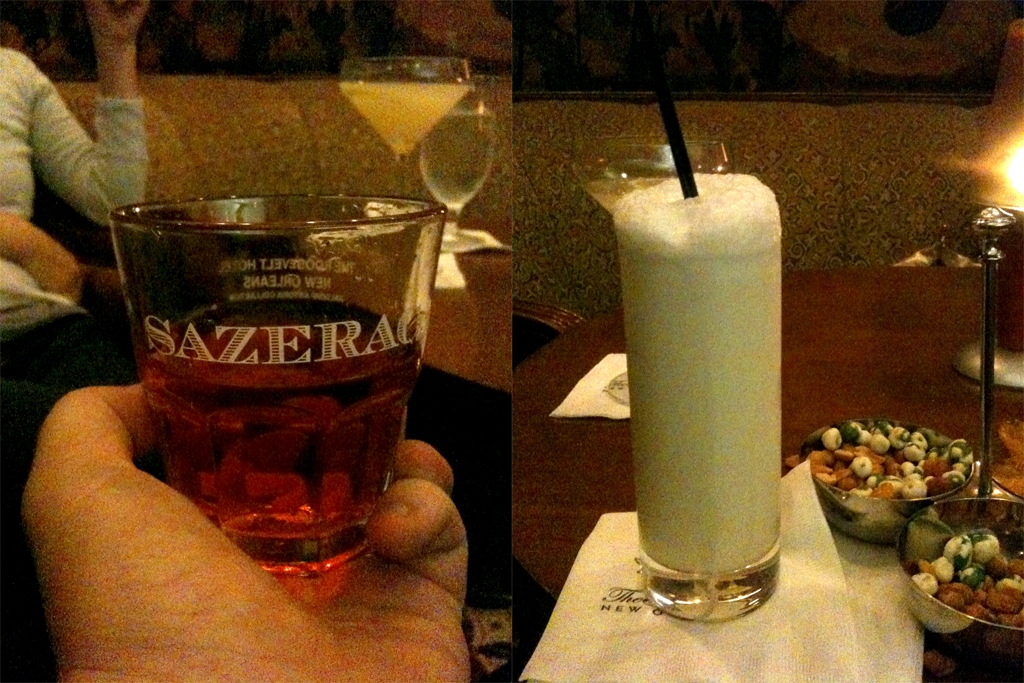 The Sazerac Bar A Sazerac and a Ramos Gin Fizz at the superb Sazerac Bar at the Roosevelt Hotel in New Orleans.

Down the road a bit is the Sazerac Bar at the Roosevelt Hotel. The Sazerac cocktail is often tipped as one of the first cocktails. A simple blend of rye, sugar, absinthe and Pechaud’s bitters, it went through a period of evolution when it was first introduced (it was originally made with Cognac, a brand called Sazerac-du-Forge et fils for which it is named) but in the 1870’s it settled into it’s near perfect modern proportions using rye instead of the Phylloxera-hobbled Cognac. This happened under the watch of a fellow named Thomas Handy, proprietor of the Sazerac House. In 1949 the Sazerac House was taken over by the Roosevelt Hotel and renamed the Sazeac Bar. It has scarcely changed since then with an extraordinary walnut bar, wood walls, and several beautiful murals.

The Sazerac Bar was also very popular with Louisiana’s most famous politician, governor Huey P. Long. Legend has it that on a trip to New York, he found a bar that claimed to make an excellent Ramos Gin Fizz, one of New Orleans other sacred drinks. The drink is a notoriously difficult drink to make, utilizing heavy cream and egg white along with gin, citrus, sugar and orange blossom water. It can take several minutes of shaking to get it right (the original creator of the drink employed a cadre of shaker boys to get the appropriate amount of fizz). He found the New York bar’s effort to be lacking and immediately had the head bartender of the Sazerac Bar fly to New York to teach them how it’s done right. We had both a Sazerac and Ramos Fizz here and they were both effectively perfect. The service, the environment, and the attention to detail of the crafting of drinks here makes this place a don’t miss in New Orleans.

Just on the outside edge of the French Quarter is one of the more unlikely bar experiences in NOLA, Bar UnCommon. Named for it’s location on the corner of Common St, it's the house bar for the Renaissance Pere Marquette Hotel. From the outside you don’t immediately expect things to be as good as you have heard, but the proprietor, Chris McMillian, will quickly exceed your expectations. A man of extraordinary charm and skill behind the bar, McMillian is a master craftsman of cocktails and an arch storyteller. While he makes one of the finest mint juleps in existence — hand hammering the ice with a wooden mallet, building the drink perfectly into a silver julep cup — he will regale visitors with the history of the drink, and of drinking in this town. I can only imagine that other drinks here are fantastic as well but I was too mesmerized by his julep to try anything else. 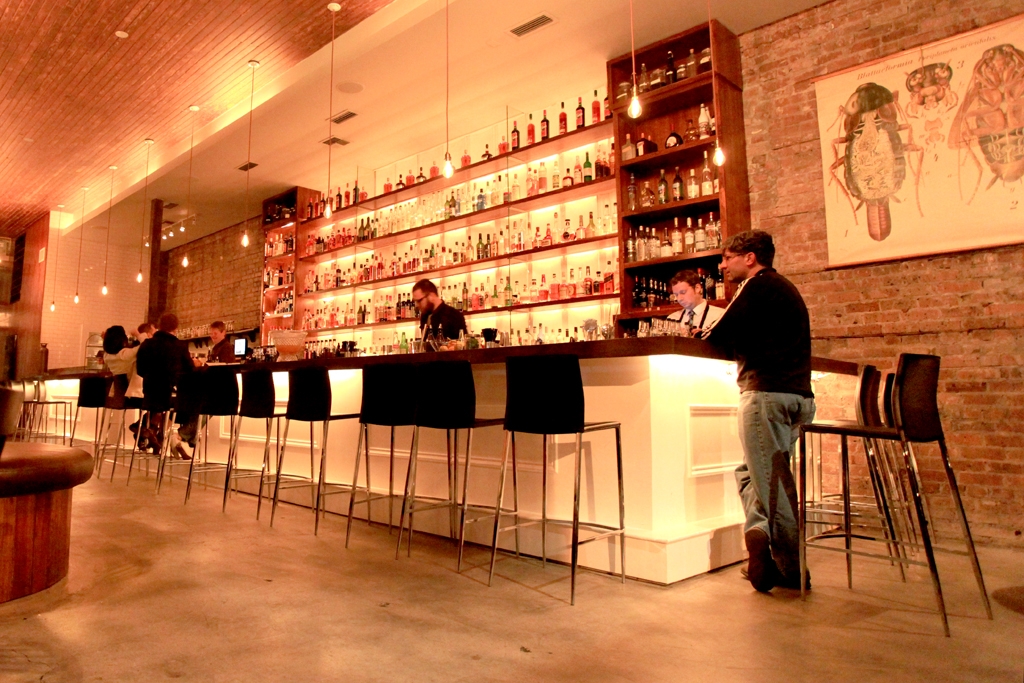 Cure The bar at Cure. For craft cocktails, this was our favorite in new orleans.

Back in the Quarter is Arnaud’s French 75 Bar, helmed by the talented Chris Hannah. Arnaud’s has been a part of New Orleans for nearly 100 years and is one of the places credited with inventing the French 75, a blend of gin, sugar, lemon and champagne. The drink is named for the famed French 75mm artillery pieces from the 1st World War. Like all of cocktail history, there are many versions of this drinks provenance, but what is certain is that Arnaud’s has been making this drink in NOLA since around the time it was invented so it certainly is owed a part of this cocktail’s history. The bar went through several incarnations but was eventually restored with a beautiful vintage bar from the late 19th century, and given it’s current name in 2003 and tasked with a focus on the classics.

After tromping around the Quarter all afternoon we were beginning to tire of the scene and people there, and after a good number of drinks we wanted to find a place to hang out for a while. Cure is one of the newer bars in New Orleans and not immediately accessible to the Quarter. This turns out to be a very good thing as it requires a little dedication to get there and kinda weeds out the yahoos who might otherwise stumble in looking for a hurricane. Set in a restored fire station, Cure specializes in originals more than classics (though they are very competent with both) and tapas style small plates food. It’s a lovely space with booths, but like always, the bar is the best place to be if you are a geek with a penchant for talking shop with the bartender. If I had to pick any of the places we went to as our local, I would unhesitatingly pick Cure. They put the most craft and attention into their drinks of anyone in town and could easily hold their own as a bar in SF or NYC.

Houston, TX
Home of the second worst roads in the country.
Next Article »

Regional Junk Foods of the South

New Orleans, LA
Not a vegetable in sight, unless you count the potato chips.