Some for tourists, and some not. 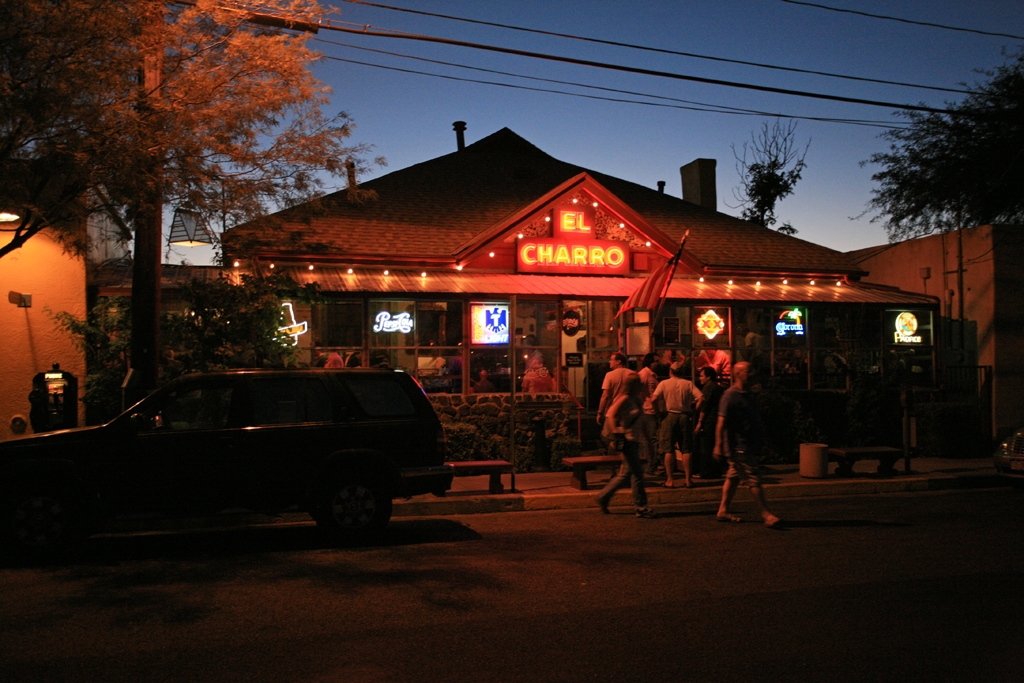 El Charro Cafe Owned by the same family since the 20s, this place is a Tucson institution. A little touristy, but good.

At first we were kind of striking out food wise in Tucson. We went to the downtown outpost of El Charro the first night, and it’s pretty good, but it’s kind of tourist food, lots of fajitas, and a bit bland. (Though the mole is pretty good, i have to say.) All the waiters are college kids, and we actually got carded, so i guess the clientele are all underage college kids as well. We also witnessed the perils of those swinging doors firsthand when a waiter with an armful of giant plates of food got whacked by another waiter going in the other way.

The next night we went to Guero Canelo, which has multiple locations, and is famous for something called a Sonoran hotdog, which is basically a hot dog, wrapped with bacon, but kind of in a fluffy tortilla. And also with chili and the usual fixin’s of both a taco and a hotdog. I didn’t get one, because it failed to list what sort of meat it was, which seems like a pretty basic thing to want to know. We went to the location that’s not on the south side, and it’s in a building that was either a Sonic at one time, or possibly a large tire shop. They had a guy playing a keyboard and singing at a volume better suited to space that wasn’t huge, echo-ey and made of glass. They also have a condiment bar, which is judging by the yelp reviews, is where the local college kids get most of their servings of free vegetables. 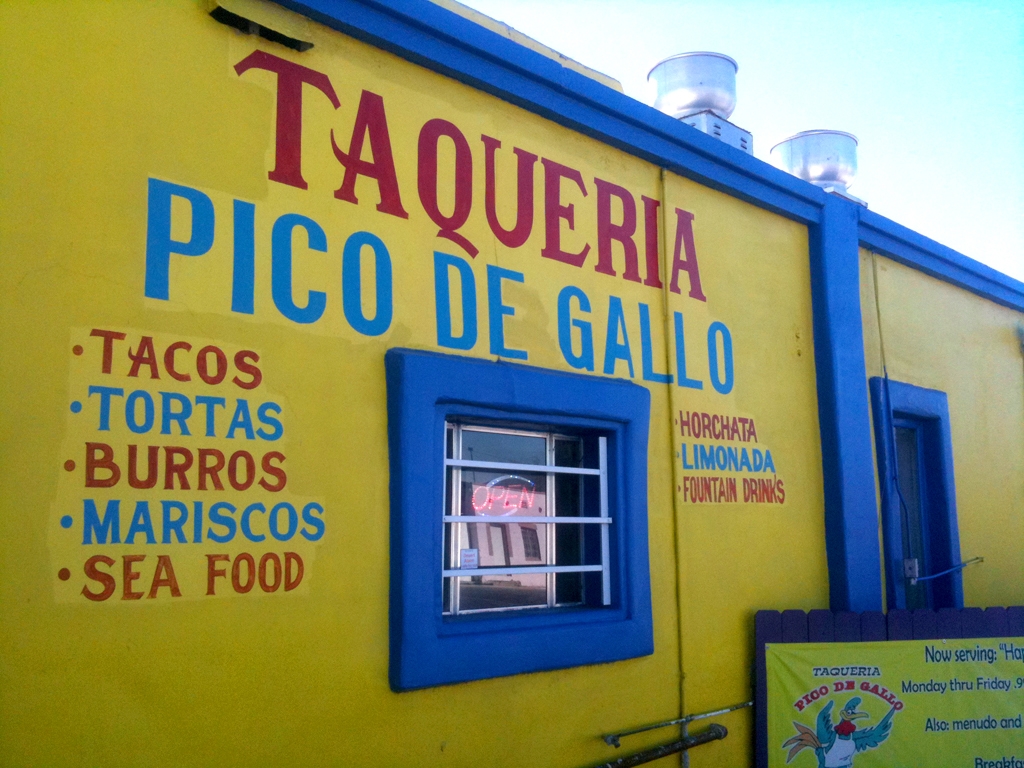 Pico de Gallo Excellent, if a little off the beaten path. Try the torta.

Paul and I later decided to find a decent drink, and we totally lucked out with Scott and Co. So after we’d had a couple of really excellent drinks we asked Cieran the bartender where we should eat. (While reminding him we’d eaten a lot of Mission food, so we wouldn’t be scared of authenticity. El Farolito, and La Taqueria I’m looking at you.) He recommended Pico de Gallo in South Tucson.

South Tucson looks like parts of Los Angeles crossed with International Boulevard in Oakland. (though International feels way sketchier.) The restaurant is in what was probably once a house, and it doesn’t look like much on the outside, like all Mexican restaurants with delicious food.

So the food! First off, it’s all fresh looking, the tomatoes looked like actual tomatoes, not green chunks of sad and lazy produce buying. It’s also super cheap, our lunch was about $7, including a bottle of Mexican Coke. They tell you your number in english and then yell it out when it’s ready in spanish. Paul had a chicken torta that he was still talking about in New Mexico a few days later, and wishing he’d been able to take a couple for the road. They make their own tortillas, which is always a good sign, and mine were yellow corn and light, but thick. (i should have asked if they sold them, as i could have eaten them plain. Or with fillings, whatever.) I highly recommend the chicken tacos, which had a side of pickled carrots.

Now I’m hungry. (But still not for a Sonoran hotdog.)

Florence, AZ
A sad riderless horse keeps watch where the “King of the Cowboys” met his end.
Next Article »

Willcox, AZ
Our visit to a "sky island."